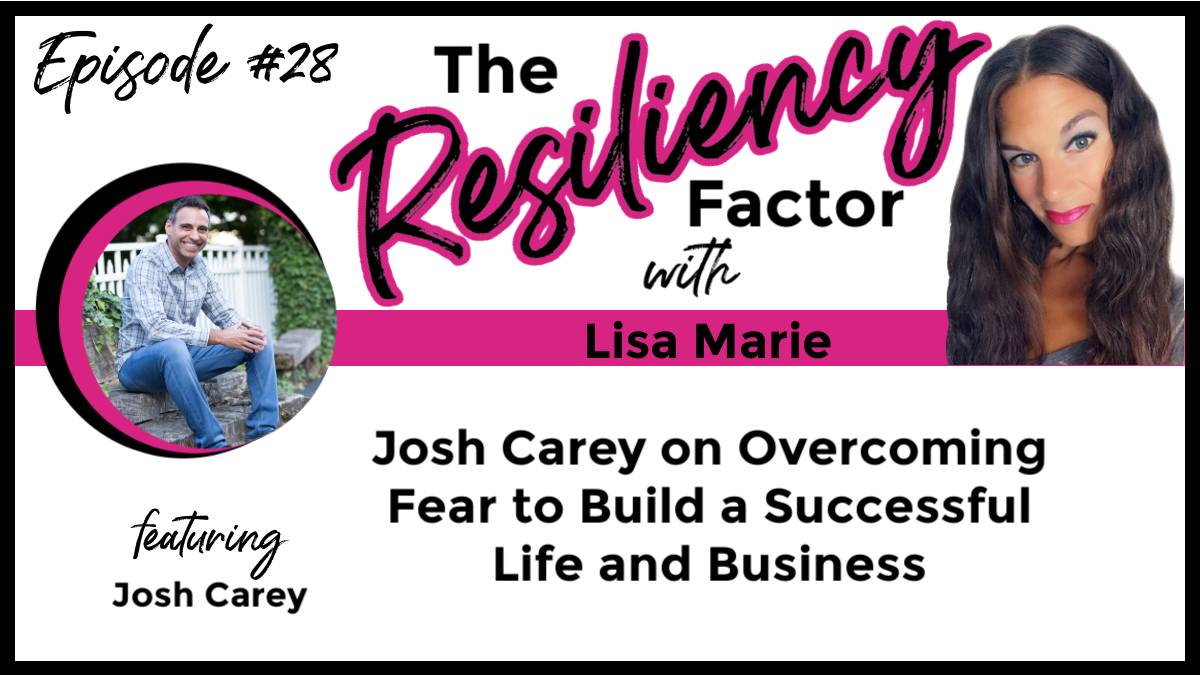 Josh Cary is a professional podcast host with over 200 combined episodes released. He’s the co-founder of PodMAX, which is a full service marketing agency that allows powerful entrepreneurs to use the podcast medium to grow their confidence and grow their business. As the Hidden Entrepreneur, Josh helps clients unmask themselves and succeed in ways they’ve always known were possible.

On this episode of The Resiliency Factor, Josh reveals that growing up he always felt like he needed to hide his success from his peers for fear of being judged or called names.

He describes how downplaying his success was actually a defensive coping mechanism which served him in the short-term to be accepted by others, but ultimately wound up shattering his self-confidence in leading him to death himself in every other area of his life. Josh reveals to listeners how he was able to break free from his propensity to play small and downplay his wins.

He discusses that becoming a father was the driving factor which helped him to recognize that he needed to change. In his words, “I knew I needed to change once I became a dad. I didn’t want my kids growing up with a dad who was always angry and pissed off at the world.”