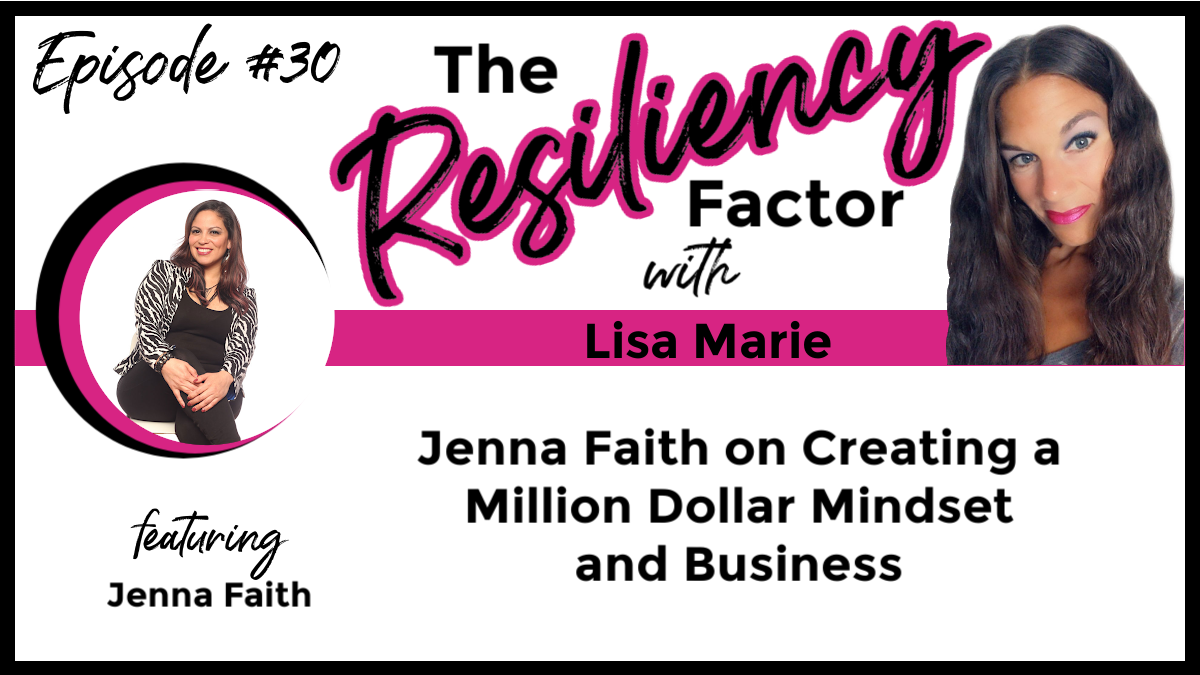 Jenna Faith is a Visibility and Mindset Strategist. She is committed to supporting high-achieving women to embody entrepreneurship, master their mindset, and build multi-six and seven-figure brands without sacrificing who they are. She is also a Podcaster and Best-Selling Author.

Prior to hitting the million-dollar mark in her business, Jenna recounts the earlier years in her business. According to Jenna, she “hit rock bottom in 2014” – she wasn’t just cash-strapped and struggling in her business, she’d also lost Mr. Right, packed on a metric ton of weight, and begrudgingly had to shack up with her parents just to skid by.

She laments, “I knew that wasn’t cool. This was not the kind of person – or parent I wanted to be. So…it was either I wiggle into my big girl panties, face my fears and break out from behind my laptop – or risk my little boy’s security (and my independence).”

Jenna got to work and started showing up consistently. She began posting on social media like it was her job (because, well, it kinda was). And every time a niggling doubt or negative thought started to creep in, she shut it down. FAST.

In a relatively short period of time, Jenna was able to careen from flatlined to consistent five-figure months. She paid off tens of thousands of dollars in debt.

In a very short time, her business skyrocketed and hit the 7-figure mark. And while she’s very honest and telling others that it did not happen overnight nor without putting in some serious work, it did happen A TON FASTER than she could have ever imagined.