RF37- Awareness is the Key to Personal Transformation with Ariel Bloomer 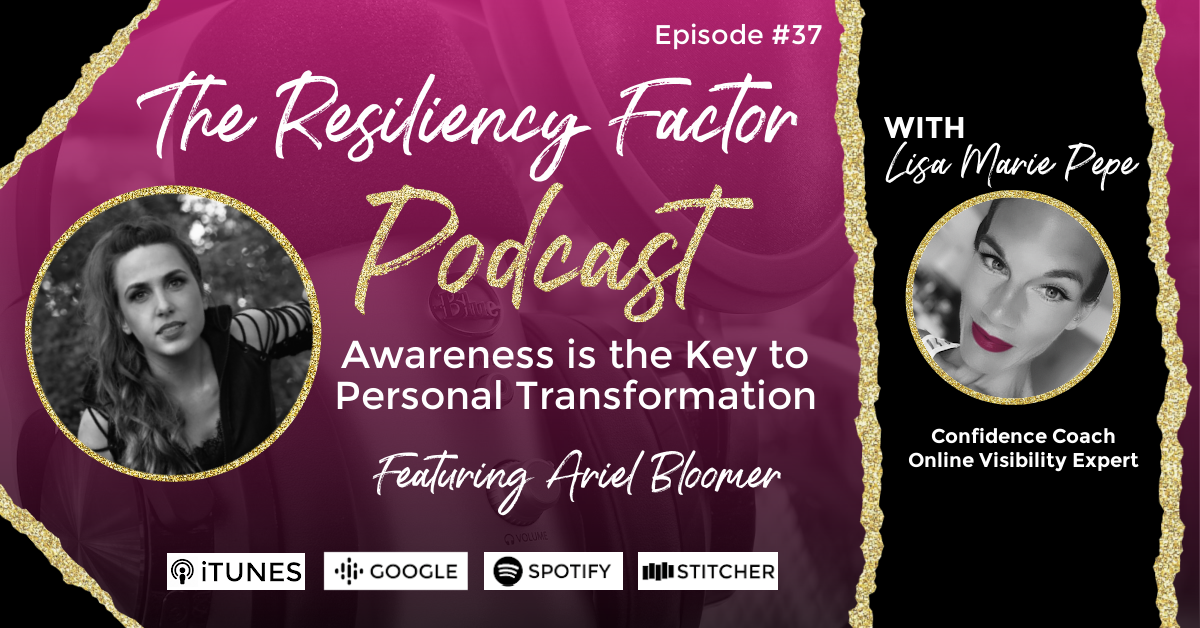 During this episode of The Resiliency Factor, I had the honor and privilege to sit down for a real, raw, and vulnerable conversation about personal transformation and growth with singer, songwriter, musician, TEDx speaker, and author of Turn Your Pain into Art, Ariel Bloomer. Ariel is also the co-founder and lead singer for the band, Icon for Hire.

Formed in 2007 in Decatur, Illinois, and currently residing in Nashville, Tennessee, Icon For Hire knows a thing or two about building a loyal fan base. From local clubs in Decatur to Warped Tour and Download Fest, they have amassed a dedicated “Icon Army” that continues to grow with each single release. Moving away from the record label system in 2016, and with a devoted following of over 700,000 followers across social platforms, lead singer Ariel Bloomer and guitarist Shawn Jump have relied on their fans to support their independently released albums, Billboard-charting You Can’t Kill Us in 2016, and their most recent release, Amorphous in 2021.

With songs featuring Ariel’s compelling lyrics on issues like depression, anxiety, and self-harm, their music draws in a passionate and engaged crowd that connects with their vulnerability and authenticity. Believing that the world and the Icon Army could use new music in the midst of a global pandemic, they took a risk on Amorphous, ending up with a crowd-funded campaign that raised over $263,000, more than doubling the results of their previous record-making Kickstarter campaign in 2016.

From haunting piano ballads to intense guitar-heavy rock anthems, Amorphous builds off of their previous success and highlights Shawn’s intricate production talent and Ariel’s unmatched ability to connect with their listeners. “The underlying message of everything we have done is moving away from a place of self-hate and moving towards a place of self-love,” Ariel adds, “and because of that we have tried to go beyond the songs and create a sense of community, where people know they’re not alone.”

Connect with Ariel on social media!

Stay up to date with Icon For Hire

Ready to uplevel in all areas of your life and business?

Click this link to get started and I’ll see you on the flip side!