RF031 – Everyone Starts at the Beginning 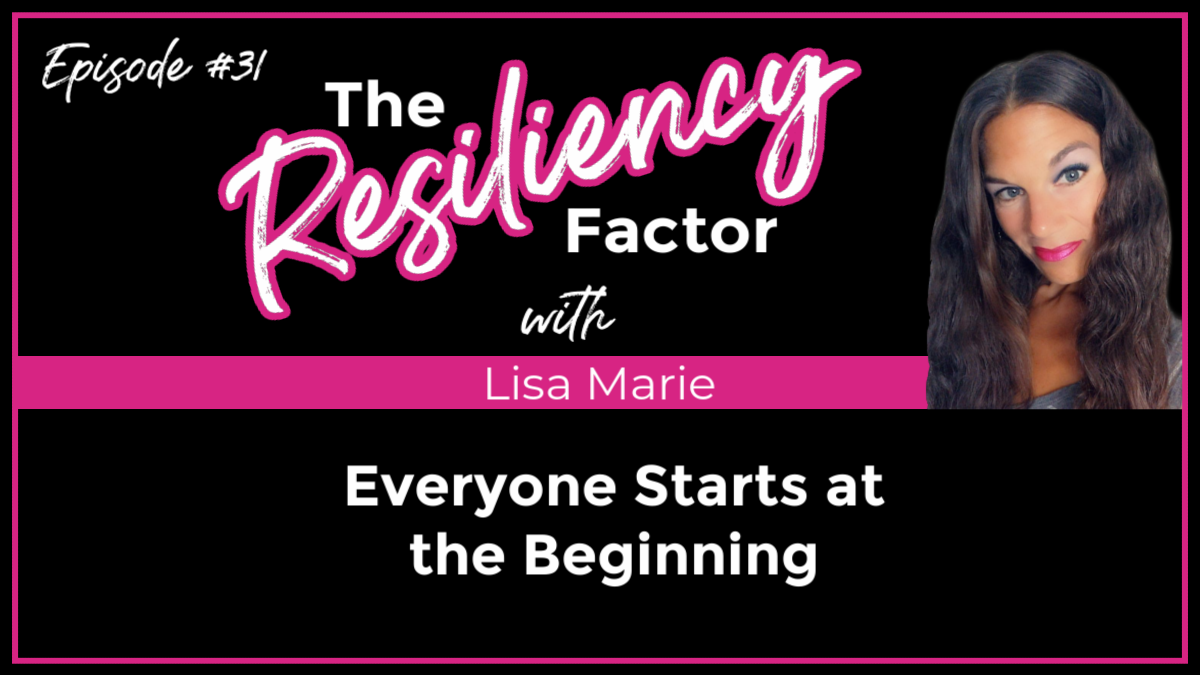 In this week’s episode of The Resiliency Factor Podcast, I focus on normalizing the apprehension and anxiety that often accompanies change. Change of any kind, especially change that involves trying something new or taking on a new role, threatens the ego on many levels. It’s not that the ego is purely evil and trying to sabotage our efforts just because it has nothing better to do.

Ironically, it’s actually just the opposite. The ego will do everything and anything in its power, including producing anxiety and fear just so we’ll back off and not go after what we want because it is desperately trying to protect us from exposing ourselves and getting hurt.

Think of the ego as a helicopter parent that so desperately wants to protect her child that she obsessively goes everywhere to make sure that her child is safe and never experiences pain or discomfort. The only thing is, ironically, that both the ego and the helicopter parent, if left unchecked, ultimately wind up holding us back and instilling the belief in us that we are not capable of venturing outside of the status quo and finding our way into the world.

Pretty effed up when you think about it, but not so hard to understand, right?

I emphasize the importance of normalizing the emotions, fears, and anxieties that arise whenever we venture outside of our comfort zone and take on new roles. Taking a new job, getting a promotion, moving from one location to another, starting or ending a relationship, starting a new business, etc., are All the samples of positive change that can produce fear and apprehension.

The list goes on and on and can even include micro-changes such as having to use a new social media platform for the first time or having to learn new software so that you can run your business more effectively.

In this episode, I deconstruct the concept of worry… what it is and what it isn’t, and how we can empower ourselves to break free from worry.  I also discuss an alternative to worrying and how this alternative is much more empowering and proactive.